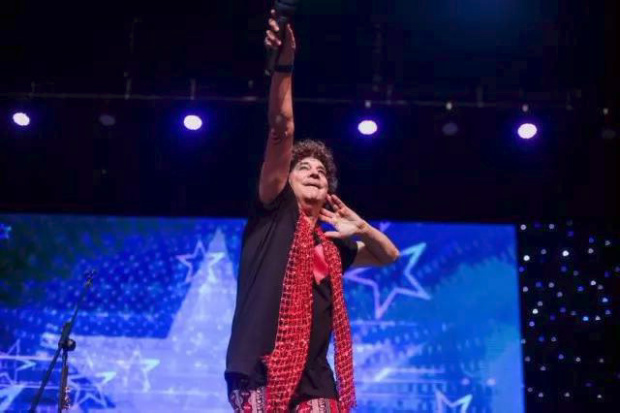 Posted at 13:50h in Guest Blogger by skybonnie 0 Comments

Stephen Michael Schwartz thought he made his home in Glendale, California. That was until his music and reputation as one of the premier children’s singer/songwriters in America (a founding member of Parachute Express) caught the attention of the country of China. Presently on his seventh tour of the Far East, Stephen spends four months of the year, a summer tour and a winter tour, singing to thousands of families in over one hundred cities…making China his home away from home

I am now into the second week of my summer tour and it is going, dare I say it, flawlessly (thank goodness). No lost bags, missed trains, cancelled flights, empty theater seats. The shows have been packed with happy families who are responding beautifully to some of the new songs I’ve introduced from my new CD, Bucket Of Wow!

It’s always a challenge to see which songs will register and translate well. My songs tend to be a bit wordy. Those of you familiar with my songwriting know that I love to tell a story and that lyrics are very important to me. That can be a problem when performing for a non-English speaking audience. So the challenge is to determine which of the songs I want to introduce that will have the most impact. The title song, “Bucket Of Wow!”, works quite well because the audience loves yelling back to me “Wow” each time the chorus comes along. “Wow” appears to be a universal term of excitement.

The other song the Chinese audience loves is “The Panda Bear”, for obvious reasons. After all, what the bald eagle is to the US, the giant panda is to China. It is their gift to the world and I say as much in my introduction, or at least I think that’s what my interpreter is telling them.

The third song I am introducing off the album is “The Boo-Boo Song”. This is a bit harder to gauge. I’ve gotten conflicting reports on what the Chinese call a Boo-Boo. “Xiao Shang Kou” means a small scratch. Okay, but a “boo-boo” encompasses many things, a cut, a bump, a bruise.

Secondly, How do Chinese parents deal with Xiao Shang Kou? Do they magically kiss the problem away as we do in the States? Do they administer ointment or Bactine or a band-aid? Or is a quick hug of encouragement enough to quell fears and dry tiny eyes? Knowing the Chinese I’m certain letting nature take it’s course is their “rule of thumb”…especially when the thumb has a Xiao Shang Kou. Is all this research really necessary simply to add a song in a set, in a country, whose audience may only pick up a few keywords here and there?

Yes! Even a one-word connection in a song amplifies our human connection. It’s all a part of the magic being played out between East and West in this most remarkable place, in this most delectable time of my life.